Travelled to Toronto to present at Behavioural Decision-making conference

On July 1st I decided to pitch an idea to The Conversation. I have been a long time reader of the not-for-profit media outlet, which uses content sourced from the academic and research community, and thought it time to contribute. I had recently concluded a literature review on the topic of overconfidence and so thought I could share what I had learnt. 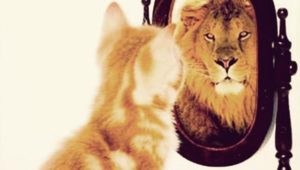 Within a couple of days of submitting the 200-word pitch, an editor came back giving me the green-light to write the article. We set a deadline of a week and a target word-length of about 800 words. I quickly realised that I was not going to fit everything I wanted to in such a small space, and so I limited my focus to four questions: What is overconfidence? How do we measure it? Why does it occur? How can we reduce it?

The initial draft took about a full day to write. Even though I knew the topic fairly well, it was a challenge to write something of appeal to a general audience. I submitted my draft the The Conversation’s online collaboration tool and received feedback within 24 hours. There were a number of minor to moderate changes requested including better examples, more explanation in some places, and less detail in others. This back and forth between editor and myself happened about three times over a period of about a week. The final article was closer to 1,000 words and was much better than the initial version.

The article was published on July 18th, which means it took about three weeks from beginning to end of the process. This is lightning fast for any academic where the gulf between an initial idea and publication is often years. You can read the original article here. According to my dashboard, the article has over 7,600 reads (in 3 days!), which I am very happy about. This number was helped by having the article re-published in numerous places include Business Insider, Tech Insider, Smart Company, Australian Property Investor, World Economic Forum, and Women’s Agenda.

The article also led to an invitation to appear on community radio station 2SER to have a chat about overconfidence. You can listen to the discussion we had here.